The Positives About Being a Flight Crew Staff Member 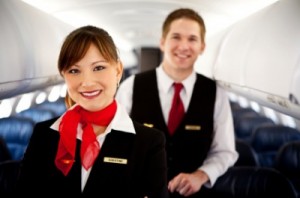 Being a flight crew staff member is a highly rewarding position to assume. This may mean a position as a pilot, a co-pilot, a captain or a flight attendant. Some people are terrified at the thought of holding a job 30,000 feet off the ground while others are utterly intrigued by it. Being a flight crew staff member is certainly not for everyone, but those who are attracted to these types of positions are invaluable because the airline industry is in need of them. Different flight crew positions offer different rewards of course. Pilots carry a far heavier aviation responsibility than flight attendants do. But any flight crew position will offer similar kinds of lifestyle choices and rewards.